Tylas Pet Care PTY LTD is a participant in the Amazon Services LLC Associates Program including other affiliate advertising programs. Which means we will earn a commission from qualifying purchases. 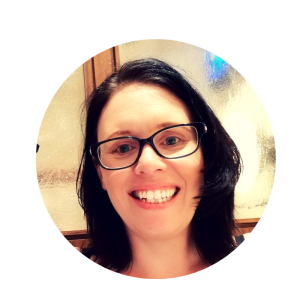 If your naturally curious canine loves being out in the yard or exploring, it’s easy for him to get into trouble. Whether he’s rolling around in the grass unaware or sniffing around with curiosity, your dog might encounter fire ants.

You probably know how their bites – which are actually stings – feel, so you might be wondering what you can do when fire ant bites on dogs happen.

Be on the Lookout for an Allergic Reaction

When fire ants bite your dog, they will be in pain, just like you are when bitten by an ant. These small insect bites cause intense pinching and burning pain immediately. While that pain doesn’t last long, the itching and burning that follow can last days and can be mild or intense.

There is a mark caused by fire ant bites, and it will appear without a severe allergic reaction, even though the mark itself is a reaction to the venom. The venom creates pus-filled blisters that look like pimples.

The bumps appear within 20 minutes and often appear in clusters since fire ants attack in groups or bite many times. The area around these blisters may also swell, burn, or itch.

If your dog develops severe symptoms, they may be experiencing anaphylaxis. Reactions typically happen very quickly, and sometimes before the bites begin to blister. The following signs require a call to your vet:

Other more severe symptoms that require a trip to your vet: Some dogs, especially ones that have been bitten more than once, can develop pustular dermatosis. This means they develop sacs filled with pus that appear in bunches around the stings.

This is more severe than the regular blisters and usually lasts about 24 hours. They are very painful and need to be looked for so that you can consult your vet for how to treat them.

Once you have removed any remaining ants and are confident your dog doesn’t have an allergic reaction, you should treat them to help reduce the pain.

Do this until they don’t seem in pain any longer, which can be up to a week. The most important thing is to make sure they do not irritate the bites so that they don’t get infected.

Make a paste using baking soda and water until it forms a smooth, thick paste. Apply the mix onto and around the fire ant bites. Baking soda is a natural pain reliever and reduces swelling. You can repeat it as necessary. Vets recommend using Benadryl as a safe and effective treatment for reducing itching and swelling. As an antihistamine, it also helps with swelling.

The recommended dose is 1mg per pound. Always check with your vet before giving any medicine, as certain medicines can harm your dog.

Ice is known to reduce pain and swelling. Wrap an ice pack or ice cubes in a towel and press it to the bites for about 10 minutes. You can repeat this every two to three hours.

Astringents (a chemical that shrinks or constricts body tissues) can take the stinging out of the ant bite. Add some to a cotton ball and press down on the area for a few minutes to relieve the pain. Repeat as needed.

Mixing apple cider vinegar with water at a 50/50 ratio can also provide soothing relief. Apply with a cotton ball and a bit of pressure for a minute or two several times a day.

Aloe vera gel can be applied to the affected area for some skin support. It is soothing and cooling to the skin. Repeat as often as necessary. To treat the fire ant bites, you’ll need to know what to look for. Most fire ant bites are going to happen on the feet or face. It’s harder for the ants to get in areas with fur. You may suspect that your dog has a bite or two if they do any of the following:

Removing Fire Ants from Your Dog

If you are with your dog when they get bitten, you’ll need to take immediate action. It is important that you don’t use water to rinse the ants off.

This will aggravate them and make them bite or latch on more securely. Instead, you should remove your dog from the fire ant area and handpick or brush the ants off of your dog. Don’t forget to wear gloves, fire ants bite people too! To avoid fire ant bites, there are a few things you can do.

The History of the Fire Ant

Fire ants come in many varieties, but the more dangerous ones are the red imported and black imported fire ant. As their names imply, red fire ants are red to brown in color. They are 1/2 an inch in size and build their mounds about 18in wide in grass, gardens, and along driveways.

These are a common spot for a nest. They can also make floating colonies. The other kind, black fire ants, are darker in color and aren’t in as many places in the US. Their mounds are larger, often several feet tall.

Fire ants can withstand many challenges, and they are very difficult to kill. Both ants are aggressive and attack when provoked.

They will bite multiple times and latch on with their strong jaws. They use their venom to stun their prey and give off a signal to let other ants know to attack.

Smaller dogs are much more at risk of having an allergic reaction than larger dogs, simply because of the amount of venom compared to their size.

Protect Your Dog by Being Aware

Now that you know what to do for fire ant bites on dogs, you’ll be prepared for when it inevitably happens. They’re just a part of life in many areas. They are considered one of the most invasive species in the world and can make your dog pretty miserable.

Having this guide handy will help you and your dog. If you suspect your dog has potentially been stung by a wasp or a bee, follow these links to identify the type of sting and treatments. Tylas Pet Care PTY LTD is a participant in the  Amazon.com Services LLC Associates Program including other affiliate advertising programs. Which means we will earn a commission from qualifying purchases.

The content provided by Tyla’s Pet Care is not to be the substitution of veterinary medical advice. Although we believe the information to be correct at the time of publishing. To read more please see our Privacy Policy.

Menu
Menu
We use cookies to ensure that we give you the best experience on our website. If you continue to use this site we will assume that you are happy with it.Ok